She worked for specialty chemical companies and a research institute in the USA for 13 years prior to joining Anchun, first as an analytical chemist in the Health & Science Center of Louisiana State University, the research laboratory of INVISTA and then as a Sr. Chemist for Champion Technologies. Xie Ming earned her EMBA from Rice University, USA in May 2013. She holds a Bachelor’s degree in Specialty Chemical Engineering from Jiangsu Institute of Petrochemical and Chemical Engineering, China and a Master degree in Science from Department of Chemistry, University of Louisiana at Monroe, USA. 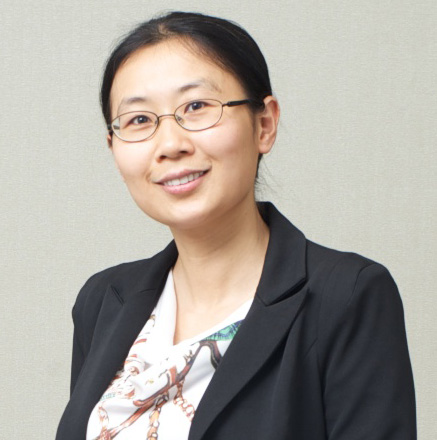 He is the Legal Representative of the PRC subsidiary of the company, Hunan Anchun Advanced Technology Co., Ltd (“Hunan Anchun”). He has more than 20 years of extensive experience working in the industry and gained expertise in the areas of chemical engineering process design and programming, instrumentation and control system, information management, project management, reactor manufacture, marketing and sales. Zheng Zhi Zhong started his career with Hunan Anchun in 1993 as a Process Technology Programmer. Leveraging on his computer science knowledge, he worked closely with chemical engineers to develop the first generation computation software for Anchun’s key technologies. His main contribution includes the process design and programming of “IIIJ D Type Adiabatic Inner-cooling Split-flow Internals of Ammonia Synthesis Reactor” and “Process and Application of Syn-gas Purification AlcoholHydrocarbon Technology”, which won the National Scientific and Technological Progress Award (2nd-highest honours). Zheng Zhi Zhong is a certified Senior Engineer. He assumed the roles of IT Manager, Project Manager, Assistant General Manager, Deputy Manager and Executive manager in the past 28 years with Hunan Anchun. Zheng Zhi Zhong holds a Bachelor’s Degree in Computer Science and Technology from Shenyang Industrial University. 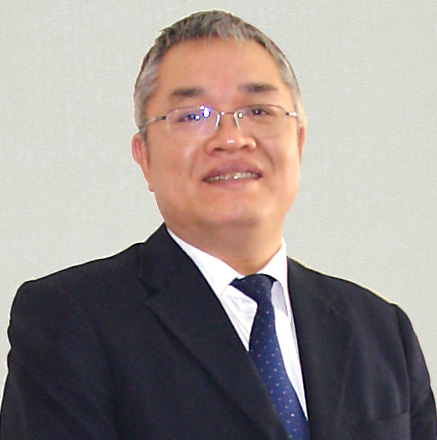 Dai Feng Yu is our Executive Director and was last re-elected on 26 April 2018. She is in-charge of the daily operations for Catalyst business of the Group and is responsible for overall Research and development (“R & D”) including provision of basic support technology, initiating new R & D projects and management of the company’s proprietary intellectual property rights. She is also in-charge of the human resource management. She has more than 30 years of experience in the chemical industry. Between 1988 and 1993, she was a R & D staff in Changsha Chromic Salts Factory responsible for catalysts quality improvement and new product development.

Between 1993 and 1998, she was head of the laboratory of Anchun Energy Saving and was responsible for the research and development of catalysts as well as the introduction of catalysts to the market. In 1998, when operations of Anchun Energy Saving ceased and Hunan Anchun was established, she remained head of the laboratory of Hunan Anchun and was subsequently promoted to deputy general manager to be in charge of the overall R & D matters and management of Hunan Anchun’s proprietary intellectual property rights in 2002. She holds a Bachelor’s Degree in Industrial Catalyst from East China University of Science and Technology (formerly known as the East China Institute of Chemical Technology). She was qualified as a registered senior engineer in 2001. She is also an expert database member of the National Energy Conservation Center and a standing director of the China Chemical Industry Environmental Protection Association. The significant awards that Dai Feng Yu had won include the 2003 National Scientific and Technological Progress Award (2nd-highest honours) by the State Council in 2004, the Excellent Engineering Consultancy Award (2nd-highest honours) by the China Petroleum and Chemical Engineering Survey and Design Association in 2006, the Outstanding Individual of Hunan Province contributed to scientific and technological progress by the Economic Committee of Hunan Province in 2008, and the 2016 China Nitrogen Fertilizer Industry Technology Progress Award (First-prize) by China Nitrogen Fertilizer Industry Association.

Xie Ding Zhong is our Founder, Non- Executive Director, and member of the Nominating Committee, and was last re-elected as a Director on 19 June 2020. He was re-designated from Non-Executive Chairman to Non-Executive Director on 1 June 2018. He has accumulated more than 40 years of experience in the chemical industry. Between 1961 and 1974, Xie Ding Zhong was a lecturer in the chemical engineering faculty of Hunan University. From 1975 to 1976, he was a technician in Dongting Nitrogen Fertiliser Factory.

Between 1976 and 1993, he was the chief engineer in Fertiliser Industry Company of Hunan Province, where he took charge of the production, R&D and system design of the small-sized nitrogen fertiliser manufacturers and provided solutions to technological problems as well as promoted technical innovation in Hunan Province. Between 1993 and 1998, he was the legal representative and general manager cum general engineer of Anchun Energy Saving in charge of the overall operations and management. In 1998, when operations of Anchun Energy Saving ceased, he set up Hunan Anchun with our founding management team and then employees to carry on the business, and he has since then been the legal representative and general manager cum general engineer responsible for directing the strategic directions and growth of Hunan Anchun. Xie Ding Zhong graduated with a Bachelor’s degree in Chemical Engineering from Hunan University in 1961. In November 1999, he was qualified as a registered senior engineer (research fellow), which is the highest rank of engineers in the PRC. He was a committee member of various national specialist committees in the chemical industry, such as China Nitrogen Fertiliser Industry Association and China Petroleum and Chemical Engineering Survey and Design Association, etc. He has won numerous awards at the national, provincial and city levels in recognition of his achievements and contribution to the chemical industry. 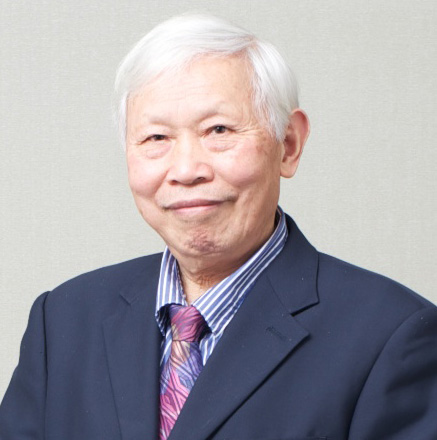 Lee Gee Aik is our Lead Independent Director, Chairman of the Audit Committee, and member of the Nominating Committee. He was last re-elected on 26 April 2019. He is a practising accountant who started his career as an auditor with KPMG Singapore in 1979. He was seconded to KPMG USA Executive Office located in Manhattan, New York between 1986 to 1988.

He was the regional controller of Omni Marco Polo Hotels, Singapore from 1993 to 1998. He has over 40 years of extensive and varied experience in accounting, tax and financial matters. He is a Fellow of the Association of Chartered Certified Accountants, United Kingdom, and the Institute of Certified Public Accountants of Singapore. He also obtained a Master of Business Administration from The Henley Management College, United Kingdom. He is currently an Independent Director of Astaka Holdings Limited, SHS Holdings Limited and Uni-Asia Group Limited. He formerly served on the board of LHN Limited and OUE Lippo Healthcare Limited (f.k.a. International Healthway Corporation Limited). 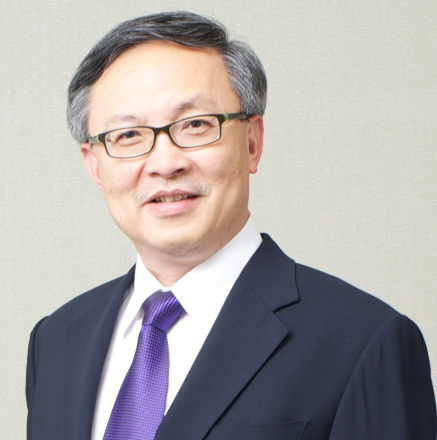 Tan Min-Li is our Independent Director, Chairman of the Remuneration Committee and member of the Nominating Committee & Audit Committee, and was last re-elected as a Director on 26 April 2019. She is currently a partner at CNPLaw LLP (f.k.a. Colin Ng & Partners LLP) , a firm of advocates and solicitors in Singapore, and has over 15 years of experience in the legal profession. Tan Min-Li has considerable experience in the areas of initial public offerings, regional investments, corporate restructuring, cross border joint ventures and mergers and acquisitions in the region.

She regularly advises on Singapore Exchange compliance and corporate governance issues. Tan Min-Li heads the Corporate Finance Practice Group, Greater China Practice Group and Japan Focus Group at CNPLaw LLP. Her principal areas of practice are in corporate and financial services with particular emphasis on corporate finance and mergers and acquisitions in Singapore and the region. Prior to joining CNPLaw LLP in 2003, she was a partner with KhattarWong, a firm of advocates and solicitors in Singapore, and had also held other positions at other law firms since graduation. She graduated with a Bachelor of Laws (Honours) from the National University of Singapore and a Master of Laws from University College London, University of London, and was admitted as an Advocate and Solicitor of the Supreme Court of Singapore in 1992. She currently also serves as Independent Director of Union Steel Holdings Limited and Ocean Sky International Limited.

Andrew Bek is our Independent Director, and member of the Audit Committee, and was last re-elected on 19 June 2020. Andrew Bek started his career in Arthur Andersen & Co and was there from 1988 to 1997. He later joined a manufacturing company from 1997 to 1998 overseeing the accounts and finance department.

Currently, he also serves as an Independent Director of a company listed on the SGX-ST Catalist Board.

He formerly served as an Executive Director of two other companies listed on the SGX-ST. He graduated with an A level.

He researched on Synthesis, structure, properties and application of ion exchange polymer catalyses, Fine chemicals cleaning production processes and technologies and Clean environment and energyrelated metal-organic framework material. The project of Profess He Ming Yang researched was awarded the National Scientific and Technological Progress Award (2nd-highest honors) in 2006. He regularly contributes professional articles on national newspapers, periodicals and publications. He has also gotten many patents. 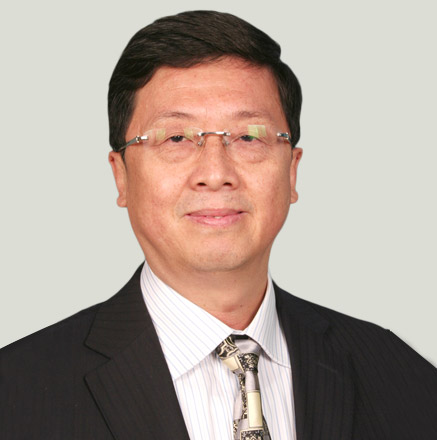 He Zu Bing is our Chief Financial Officer and was appointed to our Group on 20 March 2019. He is responsible for our Group overall finance and accounting functions. He has over 14 years of finance management experience.

Li Juan is our Financial Controller and was appointed to our Group on 16 May 2017. She is responsible for our Group overall finance management. She has over 9 years of finance experience. She worked as the GL Supervisor in corporations for more than 3 years since 2014. She has experience in accounting, tax, financing management and internal control.